The other night, Andrea told me she’d already come out to a handful of girls at her fashion design class1 and predictably their first reaction was, “Wait. You’re gay?”  And this isn’t the first time, actually; she’s had a lot of similar reactions, because apparently, the equation is short hair + skirt = straight girl. People usually get thrown off at that: They see Andrea’s spiky hair, and then they see her in tights and a floral skirt, and they’re like, OKAY CONFUSED.

(Me: I used to wear my hair long, but then I’m always in jeans, so I’m either: 1) lesbian or 2) straight and in need of a fashion overhaul. My girlfriend says I’m both.)

But instead of going all Power Feminist on them, she tried to understand. “I’m in a position to educate,” she told me. “They said they didn’t know anyone else like me.”

My girlfriend, the True Unicorn.

So: Partly true, I suppose? That the “visible” lesbian is the butch lesbian, and everybody else is invisible. Or so Megan Evans says in her Huffington Post article, Femme Invisibility:

[O]ne issue remains for femme lesbians: how to be recognised as being a lesbian. People look for the telltale signs to figure out whether a woman is a lesbian or not: short hair, no makeup, wearing baggy jeans and a t-shirt. Some lesbians can be spotted right away, and there are those who are a mix between masculine and feminine and are slightly easier to spot, especially for the well-trained lesbian eye. But what about femmes?

We suffer from femme invisibility. We mainly slip under the radars of both straight and gay people.

Evans primarily argues that it’s a lonely place, dating-wise. Like an in-between.

Femme lesbians also get looked at by other lesbians like we don’t belong, and straight people don’t believe we’re gay. Don’t get me started on the hassle I get from straight males, who often say things to me like, “But you’re too pretty to be gay,” or, “Who wears the trousers?” So femme lesbians are left wondering, “Where exactly do I fit in, and where can I find others like me?”

Incidentally the whole “who’s the guy, who’s the girl?” question alaso cropped up and I can’t help myself from commenting: The answer has always been, We’re both girls. [I’ve written about that before briefly here]

Evans met her partner online — pretty much like Andrea and I, and I think this was why it worked: Online, I could explain better who I am sans photos2 — mainly: I’m a girl who likes girls but come see what else I’m up to. I’m not a fan of picking girls up in bars — or rather, I guess this should be: picking girls up in bars is not a fan of me haha — because I’m socially awkward ALTHOUGH I did follow Andrea around in gigs just to see her (TRUTH!) and well, those nights turned out to be full of awkward flirting, because flirting wasn’t one of my talents exactly (still isn’t) but then, I told myself, Truly there must be other ways to meet people to date, and lo and behold — There was.

(It used to be LiveJournal. Now, I have it on good authority that it’s Tumblr.)

And there ARE a lot of lesbians on Tumblr. I’m not even kidding. So as far as the “invisible” qualifier is concerned, I think it really depends where you’re looking? Most likely.

1 It usually takes time before she outs herself in any class. As for me — Remember, I had to change my Miranda Kerr wallpaper on my laptop before showing it to my Accounting groupmates. Technically, I’m still closeted in DLSU. Oh well, appropriate timing should be appropriate.

2 Though we always argue that what sealed the deal for the both of us were the beach photos? Hehehehe. 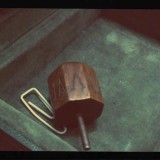 is sometimes mistaken for a panda.

Hehe good one Kat! 🙂 Maybe “closeted” is not the right term, no?

Should amend to: “I have not found the opportunity to out myself in DLSU.” Hehe.

Curiously, I have never been asked to my face if I were gay. That'd be the day! Haha 🙂

LOL remember when I outed you to my mother? (You weren’t there, I just told the story.) I was showing pictures and i said, “Eto si Andrea, girlfriend ni Kate.” And my mother’s like, “Tomboy pala si Kate?”

LOL I REMEMBER. I love your mom hahahahha :))

“They said they didn’t know anyone else like me.”

dude, i’ve been labeled as gay twice by two guys (one, a good friend who i really thought knew better) and a really stupid high school classmate i never liked.

and imagine my irritation when they do so because i am not even gay. so.